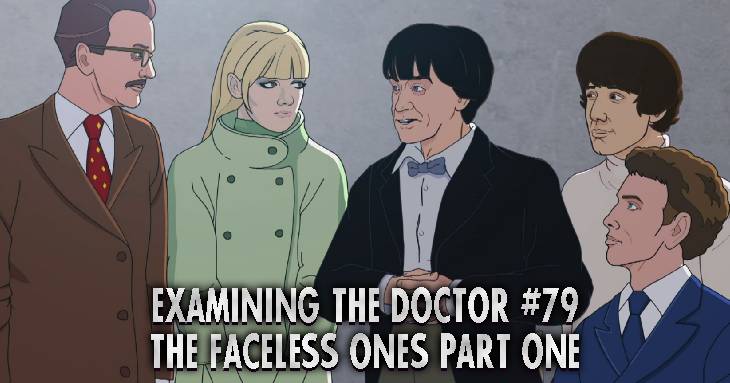 Examining The Doctor is back! Join Mark and Seth as they bring their signature blend of knowledge and humor to the lost Patrick Troughton classic Doctor Who story “The Faceless Ones”.

The original film reels of these episodes were wiped by The BBC in the 1970s. So unfortunately, only two episodes of the story exist today. Last year The BBC released an animated adaption that used the audio from the television broadcasts. The result is a hybrid of modern animation that keeps the flavor of 1960s sci-fi.

SYNOPSIS: The TARDIS lands at Gatwick airport in 1966. Polly witnesses a bizarre murder and gets abducted. It’s up to The Doctor and Jamie to find out what is really up with the airport and the mysterious Chameleon Tours!