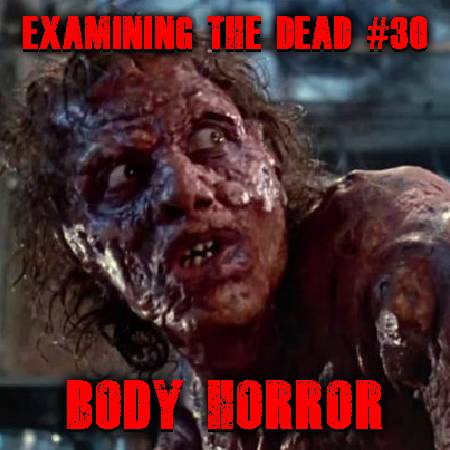 Train and Seth return for the (as of now) only NSFW podcast in the Geekville Radio family.

Every October we adopt a Halloween theme for all our shows. Examining The Dead is a natural fit for Halloween.

Chucky premiered to critical praise. It has the distinction of being shown on two separate stations simultaneously, USA and Sci-Fi.

Victor Miller vs. Sean Cunningham lawsuit over the Friday the 13th franchise Seems to finally be over. We covered the lawsuit resolution a few years back. https://www.geekvilleradio.com/19/

Halloween Kills finally opened and scored big at the box office even though it was readily available for streaming on Peacock as well. Unlike Marvel’s Black Widow, the home streaming ability didn’t seem to affect the box office performance. Venom: Let There Be Carnage has also opened to big success, currently sitting at $290 million worldwide. If there are people who think Venom isn’t horror, be reminded that in the comics one of Venom’s gimmicks was eating brains. Addams Family 2 has grossed $60m as well.

Finally, Ghostbusters: Afterlife hits theaters in a couple of weeks.

Beware that the review contains a whole bunch of SPOILERS but all three films are highly recommended!

Arguably the first example of body horror is the original Frankenstein novel by Mary Shelley. More modern examples include films by David Cronenberg such as Videodrome and The Fly.