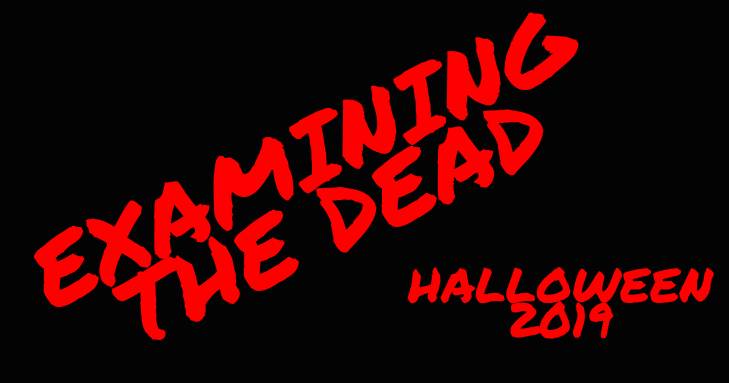 (3:35) Helstrom, the latest Marvel series, has begun filming. It is set for release sometime in 2020. Who is Helstrom and what could the series be like? With Marvel Studios taking over all TV projects, this could conceivably mean interaction with the rest of the MCU. Blade anybody?

(17:15) United Artists has released another Addams Family feature film. However, unlike the previous films, it is not an adaption of the classic 60s TV show. This incarnation is inspired by the original comics from creator Charles Addams that predate the series by a few decades.

(23:25) Shudder has released a TV series based on the 1982 film Creepshow. It will stick with the anthology format of the film, which means several unrelated stories rather than one ongoing one.

(29:25) Castle Rock Season 2 is coming to Hulu. Like a lot of Stephen King material, it takes place in a small northeastern town.

(34:00) Another anthology, American Horror Story has entered its ninth season. As with the previous seasons, it will be a self-contained story and setting’

(40:45) WompStomp Productions, who made the popular fan-film Never Hike Alone, have announced three new webisodes based on Friday The 13th and its main adversary Jason Voorhees. The first release, Never Hike In The Snow, will show Jason in the Winter season for the first time.

(46:30) Stranger Things returned with its highly anticipated third season. How does it stand up to the previous two seasons? Did it feel different with a Summer release as opposed to a Halloween one? And what’s the theory on Hopper?

(1:12:15) Friday The 13th: Vengeance is quite possibly one of the greatest fan-films made. Now that the lawsuit over the game is settled, this fan-film may very well be the only thing Friday The 13th or Jason oriented we get for some time. Fortunately, it was produced by fans who know the lore very well. In fact, it even fills the notorious plot holes between the fifth and sixth movies.

(2:00:00) At Wizard World Chicago, a panel by Joe Wos had a list of the 13th most iconic horror movie villains. Seth amassed his own list for comparison. then gives his opinion on both lists. Of course, neither list claims to be definitive, as every fan is going to have their own lists.

All that and more in another scare-filled episode of Examining The Dead!