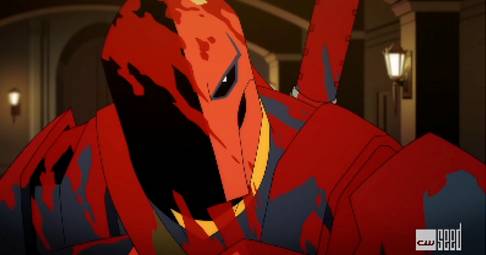 A 12-episode animated series based on DC Comics’ popular mercenary Deathstroke is headed to CW Seed. Unlike the previous two series, Vixens, and The Ray, Deathstroke: Knights and Dragons does not appear to be part of the shared universe that other DC Shows have. The “Arrowverse”, as fans have called it, includes Arrow, The Flash, Legends Of Tomorrow, Supergirl, and the new Batwoman series. Standalone animated spinoffs have included Vixen, with guest voice roles by Stephen Amell and Grant Gustin as Green Arrow and The Flash respectively.

The official series synopsis paints a picture of redemption for the assassin.

Ten years ago, Slade Wilson—aka the super-assassin called Deathstroke—made a tragic mistake and his wife and son paid a terrible price. Now, a decade later, Wilson’s family is threatened once again by the murderous Jackal and the terrorists of H.IV.E. Can Deathstroke atone for the sins of the past—or will his family pay the ultimate price?

Deathstroke: Knights and Dragons stars Michael Chiklis (The Shield, The Commish) as Slade Wilson, and is written by comic veteran JM DeMatteis. It premieres on CW Seed in the first quarter of 2020.

Judging by the trailer, expect a pretty high body count.