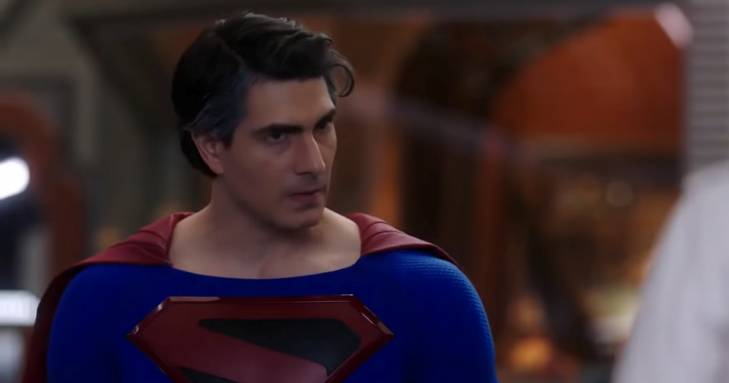 Our first glimpse of the Arrowverse mega-crossover Crisis On Infinite Earths is finally here. While it is only a few seconds, it’s still better than nothing.

In the 10-second clip, only a few frames are shown at a time. When we look closely, we can see glimpses of LaMonica Garrett as The Monitor, David Harewood as J’onn J’onzz (aka Martian Manhunter), Caity Lotz as Sara Lance (aka White Canary), Grant Gustin as Flash, Melissa Benoist as Supergirl, Jon Cryer as Lex Luthor, an unidentified man with a beard, and Ruby Rose as Batwoman.

As to who the bearded man is in the beginning, fans speculate that it could be James Corrigan, aka Spectre. Actor Emmett J. Scanlan played a bearded Corrigan in the short-lived Constantine TV series. However, Stephen Lobo was reportedly cast as Spectre last month. This could simply mean that there are two Corrigans, or that Corrigan replaces whomever Lobo is portraying in the role.

It’s also worth noting that neither Lobo nor Scanlan has Crisis listed in their respective IMDB pages. Coincidentally, Scanlan did play the anti-hero Lobo in Syfy’s series Krypton.

Lex Luthor was finally introduced to the Arrowverse in Season Four of Supergirl, portrayed by Jon Cryer. While Lex was seemingly killed off in the finale, it’s a safe bet no fans would be surprised if his death was faked. It is also very possible this could be a Lex from another Earth universe.

The first episode of Crisis On Infinite Earths is scheduled for December 8th, with the latter episodes airing in January after the mid-season break. It is based on the epic DC Comics mini-series that rebooted their continuity into a single universe.