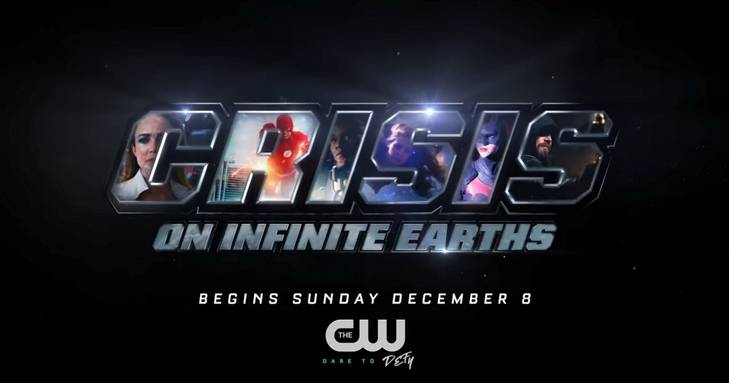 If the first episode of Crisis On Infinite Earths dropped bombshells, the second one dealt with the immediate ramifications. It didn’t take long for the heroes to retaliate after the major changes shook their worlds. And, much like the previous episode, there were more cameos and Easter Eggs to be found.

WARNING: This review has been dipped in Spicy Hot Spoiler Sauce. If you do not want to hear spoilers, come back after you’ve seen the episode.

In episode 1, Earth 38 and Argo were destroyed, the heroes regrouped to Earth 1, and Oliver Queen died saving people in the process. Each one of those happenings would easily make for an entire episode plot, so it’s a lot to process.

After Ollie’s death, Mia began to question The Monitor’s ways. Especially since Monitor seemed so casual about her father’s sacrifice. Then when Supergirl learned that Monitor resurrected Lex Luthor, she decided enough was enough and took matters into her own hands.

Earth 38 Supes and Lois travel to Earth 167, the Earth of Smallville. There they meet Tom Welling’s Clark Kent and warn him that Luthor will be trying to kill him. In a humorous twist, Smallville Clarke asks “Why would the President want to kill me?” Sure enough, Luthor shows up with Kryptonite only to find out that this Kal-El gave up being Superman so he could live life as Clark Kent.

Meanwhile, Kara and Kate travel to Earth 99 where they meet that Earth’s Bruce Wayne. This was, of course, the Bruce played by longtime Batman voice actor Kevin Conroy. Only in this Earth, Batman was a supervillain who had killed Superman. In the ensuing fight, Wayne cut a promo saying how horrible Earth had become and died telling Kate there was no hope.

Earth 96 turned out to be a better trip for Lois and Clark than Earth 167 did. They met Daily Planet Editor In Chief Clark Kent who was indeed similar to the Kingdom Come Superman. Not only did he have the suit, but he suffered the losses depicted in the Kingdom Come comic. Luthor also tried to kill Superman here, only this time he used The Book Of Destiny from last year’s Elseworlds story to control KC Supes. This gave us an awesome Superman vs. Superman fight until Lois managed to knock out Lex and stop the mind-control.

Over on Earth 18, Sarah and Mia try to resurrect Oliver Queen via a Lazarus Pit. They succeed, but John Constantine seemed unable to recover Ollie’s soul.

In the final scene, Harbinger comes face to face with Anti-Monitor, who tells her there is work to be done.

This episode brings more questions to mind, and it will be really interesting to see where the story goes from here. I’ll also start a tally sheet to pair up against our podcast’s predictions.

Why did Monitor resurrect Lex Luthor?

It makes no sense why Monitor thought teaming Superman with Lex Luthor would be a good idea, let alone telling the rest of the team about it. Kara absolutely had a good point. If Monitor can raise the dead, then why are all these Earths left to die? Monitor will have a chance to explain himself. We’ll just have to wait and see if his plan works out better than it did in the first episode.

What is Anti-Monitor doing to Lyla?

It hasn’t been detailed in the show, certainly not in this crossover at least, that Anti-Monitor and his Shadow Demons can control the minds of others. In the comics, Lyla kills Monitor while under a Shadow Demon’s control. This could very well be leading to that happening in the TV adaption as well.

Is that it for Tom Welling?

Probably. A Superman with no Superpowers is not a very valuable team player. Plus, it seems clear many of these cameos are just that, cameos that have no bearing on the plot.

There are a lot of differences in the comic and TV versions, but that is to be expected. In many cases, changes are made when translating from story to TV. The cameos pay great tribute to past incarnations and stories. This series is definitely living up to expectations.