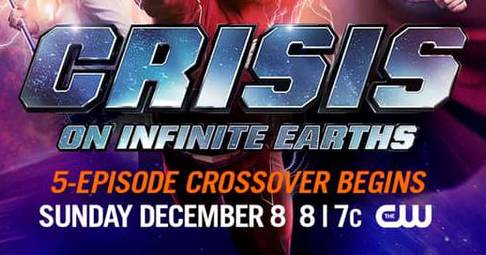 The CW has released a teaser poster for the highly anticipated crossover event Crisis On Infinite Earths. It features most of the known heroes from the Arrowverse, along with a few pics of returning favorites. Plus, it may give clues about where some of the new characters may be coming from.

As you can see, Brandon Routh’s Kingdom Come Superman is on the poster, as well as John Wesley Shipp’s aging Barry Allen Flash. Cisco looks to have his Vibe powers back. And is that Constantine all the way on the left?

Could the placements on the poster be clues to where these characters are from? If so, then it may be an interesting story for the Lyla from Kingdom Come Earth.

Crisis On Infinite Earths start December 8th on The CW and will air in five parts through the beginning of January.