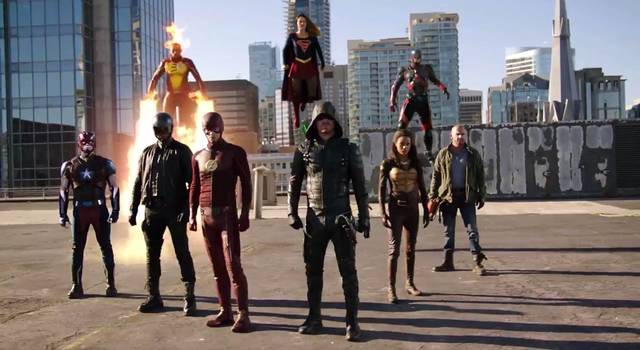 The CW has officially renewed all shows in the fan favorite Arrowverse TV family. Broadcasting Cable reports CW President Mark Pedowitz made the announcements during the TCA  (Television Critics Association) Winter 2019 Press Tour. The shows were among the 10 announced renewals for the 2019-2020 season.

“This season, we expanded our primetime schedule to six nights with the addition of Sunday — which has been an unqualified success for the network, our affiliates and our advertisers,” said Pedowitz. “In addition to growing our schedule across the week, we also continue to add more year-round programming. The early renewal of these signature CW series gives us a head start on laying out the 2019-2020 season, and this is just the beginning.”

Usually renewals are not announced until early Spring, so this year’s early announcement does show CW’s approval of all the shows’ ratings.

This will put Arrow at Season 8, The Flash at Season 6, Supergirl and Legends Of Tomorrow both at Season 5, and Black Lightning at Season 3. The pilot for Batwoman, which will center around Ruby Rose’s character introduced during last month’s crossover, will presumably air during that season as well.