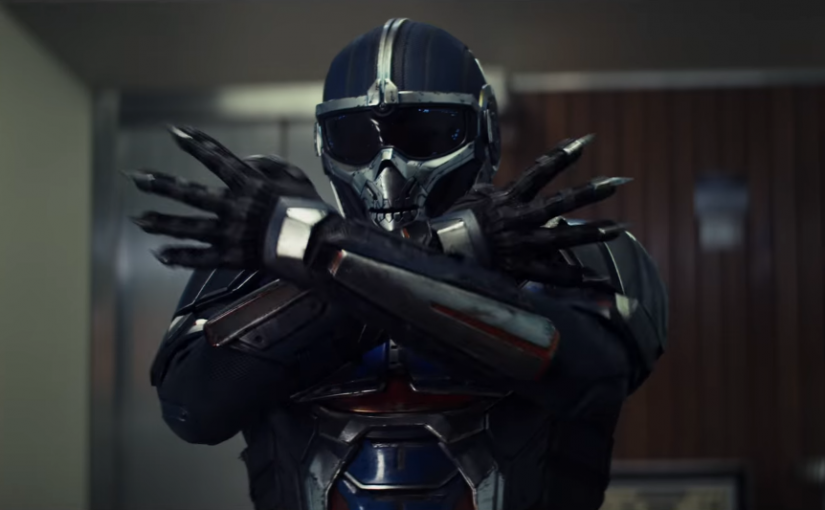 Previous trailers revealed that Natasha Romanoff, aka Black Widow, returned to Russia after the events of Captain America: Civil War. There she reunited with her friends from her old Red Room days as a master spy. Then she learns Taskmaster now runs the Red Room, and thus leads all the spies that come from it.

Throughout the course of the trailer, we see Natasha, presumably in a flashback, looking at the fallout from what looked to be a large battle. Several vehicles pull up, including Hummers and government SUVs.

We also see Taskmaster approach Natasha after her car gets blown off the road. Chances are this will be our first look at him in the film.

Clearly, Taskmaster knows how to use his Captain America style shield. This would imply he has at least seen Cap in action at some point.

Here, we see David Harbour’s Red Guardian presumably getting freed or rescued by Natasha and Yelena.

In what could be a major clue to his identity, Taskmaster brandishes Wakandan style claws as part of his battle armor.

Taskmaster engages in battle with Red Guardian, which should put the kibosh on any fan-theory that they were the same person.

Or could they be agents sent in by Thunderbolt Ross?

Natasha clings to a rope dangling from a chopper while it flees from a huge explosion.

Finally, in what looks to be connected to a scene from the last trailer, we see Taskmaster is pursuing Natasha as they plunge to certain doom.

It certainly looks like Black Widow will not disappoint in the action and character departments. How it will fit into the rest of Phase Four remains to be seen.

What did you think about the trailer? Sound off below!