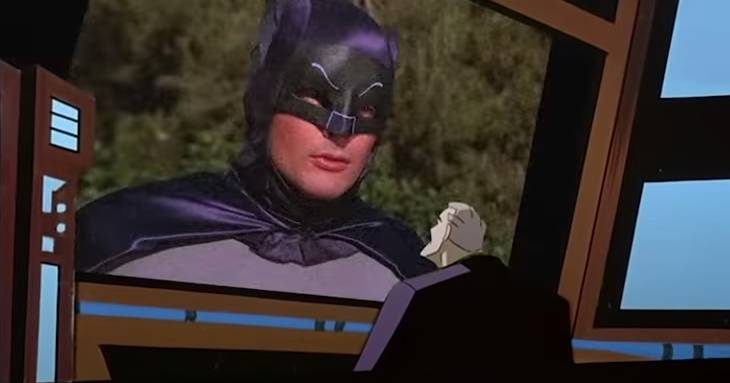 In a surreal segment during DC Fandome, Batman Beyond collided with the classic 1966 series.

Veteran Batman voice actor Kevin Conroy reprised the role of Bruce Wayne alongside fellow Batman Beyond star Will Friedle. In the segment, Bruce and Terry McGinnis find a stream of the classic 1966 Adam West TV series. The two provide commentary and jokes longtime fans will understand.

Among the subjects Bruce and Terry target are Batman’s painted eyebrows, Robin’s tights, and Cesar Romero’s mustache. Hopefully, fans will get a kick out of the subtle (and not so subtle) jokes and references.