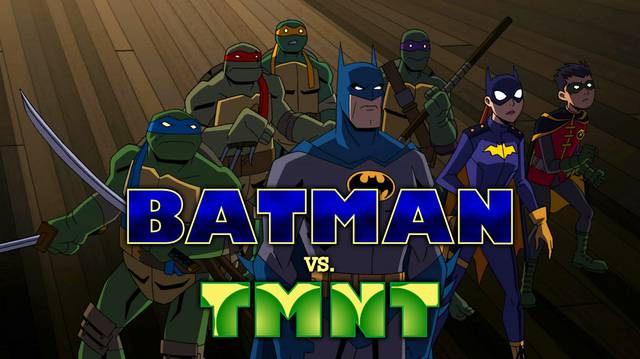 For 35 years, fans have enjoyed the Teenage Mutant Ninja Turtles adventures in various incarnations. In 2015, the heroes in a half shell crossed paths with The Dark Knight himself, Batman, in a limited series by DC Comics and IDW.

Now that story has been adapted for an animated release entitled Batman vs. The Teenage Mutant Ninja Turtles, which hits shelves at the end of the month. Check out the trailer below.

While the art in the comic book version seems to pay homage to the original Eastman & Laird artwork, the movie looks more like the Batman: Brave And The Bold format. The cast consists of Troy Baker taking on the roles of both Batman and The Joker (a first for the same release), Tara Strong as Harley Quinn and Poison Ivy, John DiMaggio (Futurama) as Mr. Freeze, Darren Criss (Glee) as Raphael, Kyle Mooney (Saturday Night Live) as Michelangelo, and Tom Kenny (SpongeBob Squarepants) as The Penguin.