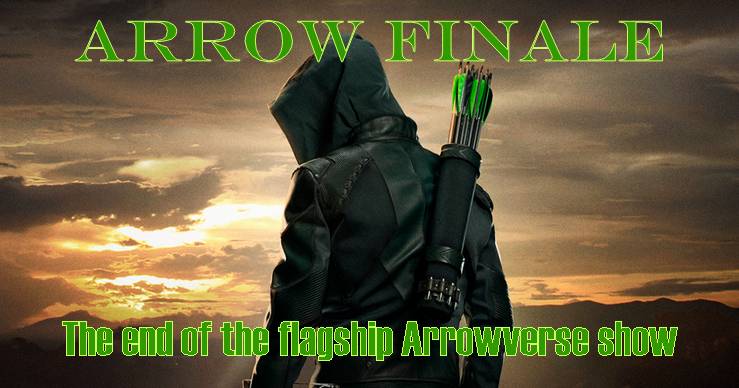 Well, it’s over. The series finale of Arrow aired last night. There were a lot of expected cameos and a lot of surprises. Several characters are back from the dead, and we even got a few unexpected cameos.

BACK FROM THE DEAD

One of the obvious questions is why wasn’t Earth-1 Laurel brought back? Moira and Thea discuss this and conclude that he could only bring back people that didn’t change him. Thus people like his father and Earth-1 Laurel being so much a part of who he was meant that they had to stay dead.

Where does this leave the flagship show of The Arrowverse? Team Arrow has officially disbanded, John and Lyla are moving to Metropolis, Rene is taking over as Mayor, Thea and Roy are getting married, and Dinah is going off on her own. All of these endings can easily be spun off into other shows. Especially since Superman is getting his own CW show.

Fans of the Crisis On Infinite Earths comic series may have noticed the similarity between Ollie’s fate and that of Earth-2 Superman and Earth-2 Lois. In the comics, Clark and Lois were two of the few who remembered the events of Crisis and disappeared to their own little pocket universe away from all the other. While a lot more characters know the Crisis events in the TV version, it looks like they will keep to themselves.

The Ollie/Felicity reunion almost assures that they will return in some capacity down the line. They likely won’t be regulars, especially since Stephen Amell has already landed a lead role in another series. After all, Earth-2 Superman did return during Infinite Crisis. Plus, The Spectre is one of the characters that exist outside of physical realms. So it’s a pretty safe bet Spectre Ollie will pop in from time to time when proper vengeance is needed.

We also have to mention the carrot dangled to Green Lantern fans who have been begging for Diggle to get a Lantern Ring. It finally looks like that is happening. To the point where fans will at best take it as a cruel joke if John got anything but a ring. The Green Lantern Corps was teased during the final moments of Crisis but that was clearly on another Earth. The chances of John traveling to another Earth full time seem small.

What did you think of the Arrow finale? Sound off below?