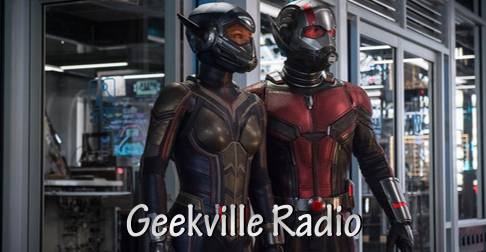 The latest Marvel MCU movie is here with Ant-Man And The Wasp. Seth and Crazy Train give a near 60 minute discussion (including SPOILERS) about the film, and where it fits in the Infinity War story. The review begins at about 25:30.

The first part of the show talks news, including the rumor that Keri Russell may be joining the cast of Star Wars Episode IX. What kind of part will she be playing? Somebody is going to be Rey’s parents sooner or later…

In the Marvel world, Kevin Feige has announced that there will be three Marvel MCU movies per year from now on.

News has also broken that in the next MCU Movie, Captain Marvel, Samuel L Jackson will be digitally de-aged for the entire movie.

As an added bonus, Crazy Train made this Outlaw Country Spotify Playlist.