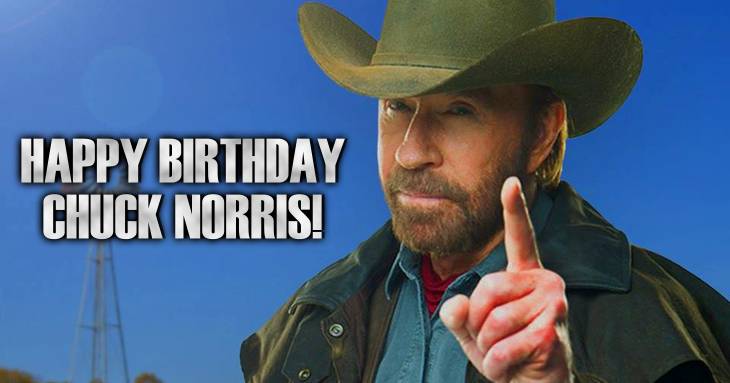 Yes, you read that correctly. Chuck Norris is 80 years old. He was born Carlos Ray Norris on March 10, 1940. And believe it or not, his mother is still alive and well.

Most of these were found via Chuck Norris Facts. Others were gathered via random internet pages, and a few were made up on the spot.