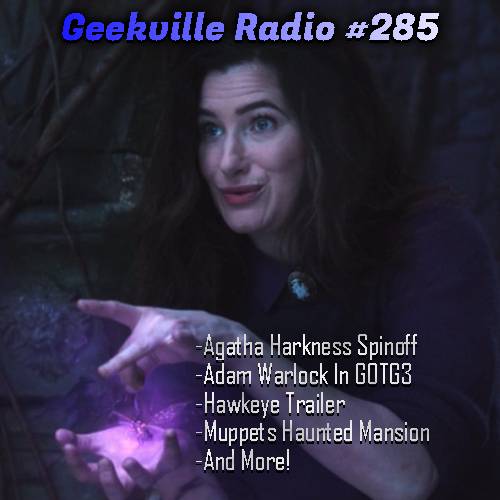 Seth and Train return for Halloween season with Marvel news and a review of Muppets Haunted Mansion!

There may not be a second season of WandaVision, but a spin-off may be the next best thing. Variety reports that a series based on WandaVision’s main villain Agatha Harkness is in the works. Other rumors point to the series being set up by Doctor Strange in the Multiverse of Madness.

Actor Will Poulter has been cast as Adam Warlock for Guardians of the Galaxy vol. 3.

Hawkeye is the next Marvel MCU Phase Four series and we FINALLY have a trailer! Not only does it look to draw from Clint’s time as Ronin, but it looks like a Christmas series. At least in the way Die Hard is a Christmas movie…