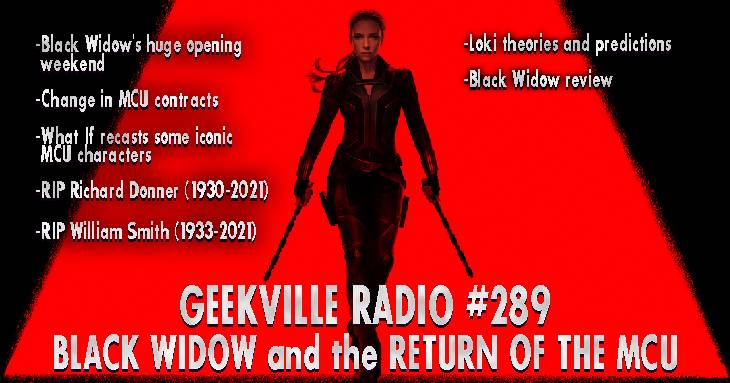 Seth and Train return to talk about the return of The MCU. They also discuss the passing of Hollywood legends Richard Donner and William Smith. Then they give their last-minute predictions for Loki and review the latest MCU movie Black Widow.