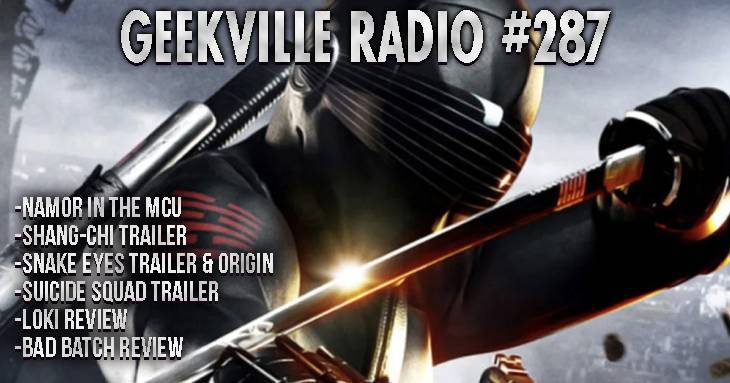 Seth flies solo to talk some Marvel MCU news, review some trailers, and talk Loki and The Bad Batch.

The latest MCU series does not disappoint. The chemistry between Tom Hiddleston and Owen Wilson is awesome. The villain comes across as some sort of amalgam of Lady Loki and Enchantress. She does tell Loki that TVA Agents are variants themselves. It’s very possible that both Loki and Sylvie are simply lying to each other to keep their own best interests in reach. Ever6ything Loki does serves one purpose, to get what he wants. He will ally with heroes to defeat common enemies if it serves his purpose. And, let’s face it, if Thanos wins, Loki loses. And Loki hates to lose.

This has everything that was great about Clone Wars yet has so much new stuff that it doesn’t feel like Clone Wars Season 8. The biggest mystery is why Omega is so good at everything. I figured that she may have had all the abilities of the team in one. We’ve recently learned that she was a direct clone of Jango Fett, much like Boba was. I can’t help but think that The Book Of Boba Fett will have an appearance by Omega Fett.