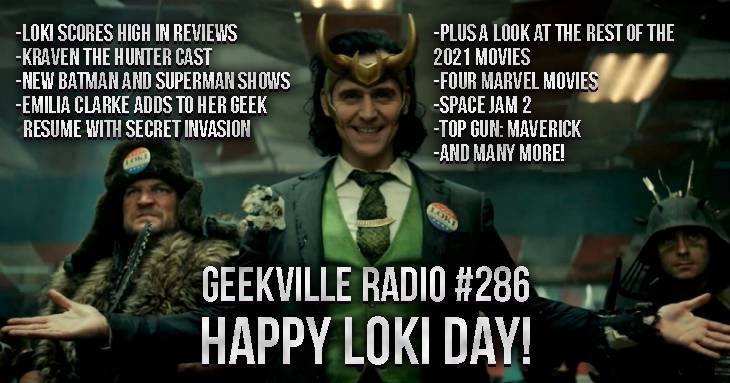 Aaron Taylor-Johnson has been cast as the title character in Sony’s Kraven The Hunter. This certainly seems like it will continue the buildup for a Sinister Six feature film.

Warner Bros. announced a new Batman animated series, Batman: Caped Crusader, for HBO Max and Cartoon Network. The series is being produced by a dream team of JJ Abrams, Matt Reeves, and Bruce Timm. We can only hope Paul Dini will be along for the ride at some point.

Warner Bros. also announced an all-new Superman animated series, My Adventures With Superman. Like its Batman counterpart, it will air on both Cartoon Network and HBO Max. However, the creative team will be entirely different. Based on the promotional art the show may have an anime flavor to it.

Emilia Clarke is adding another notch to her geek cred. She will be starring in Secret Invasion in an unspecified role. Secret Invasion will feature Samuel L Jackson as Nick Fury and will presumably follow the comic event of the same name.

Normally we do a movie preview every year, but with COVID in full force at the beginning of this year, we did not do one for 2021. So finally, we will be able to look at the remainder of the geek movies set for the latter half of 2021.

Are you looking forward to any movies we didn’t mention? Sound off below!