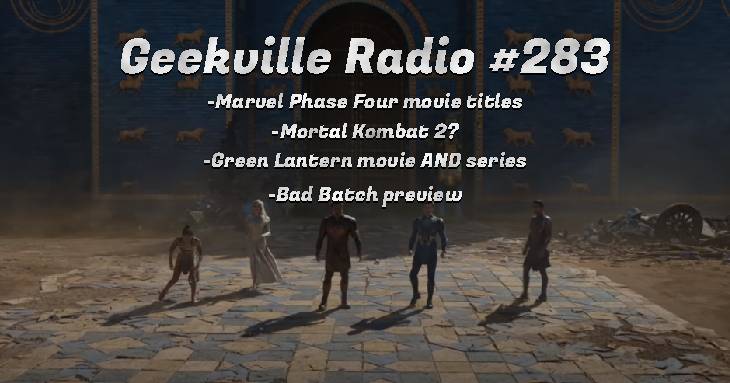 Mortal Kombat writer Greg Russo revealed that he had potential sequels in mind when writing the film. Could there be additional characters? Could the realms collide?

HBO Mac’s Green Lantern series has found its Guy Gardner in Finn Whitrock of American Horror Story fame. On top of the series, WB is rumored to also be developing a Green Lantern feature film. No cast has been announced but the film is said to have Jon Stewart as the lead character with Hal Jordan as a mentor.

May 4th will see the premiere of the latest Star Wars animated series The Bad Batch. The first episode will be a whopping 75 minutes long. Other episodes will run approximately 30 minutes in length. As expected, the show looks to be like an “A-Team In Space” series.