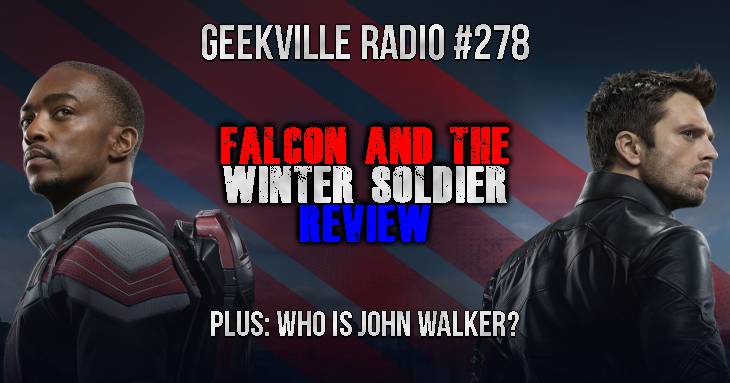 Seth and Crazy Train return to discuss all things Falcon & Winter Soldier, including a look at the “new” Captain America!

WARNING: Major Spoilers within! Do not proceed if you do not want to read spoilers!

The Falcon and the Winter Soldier review

Avengers: Endgame ended with Steve Rogers handing his Captain America shield to Sam Wilson/Falcon. This series opened with Sam giving the shield to The US Government where it is put on display at The Smithsonian Museum. The rest of the episode dealt with Sam trying to save his sister’s fishing business and Bucky trying to return to a normal life.

Who Is John Walker?

As comic fans know, there was a replacement Captain America during the 1980s. John Walker replaced Steve Rogers as Captain America after Steve stepped down. Unfortunately, Walker was not the good man Rogers was and used more brutal tactics. Eventually, Rogers reclaimed the title of Captain America, and Walker would assume a new role as US Agent.

Note: This does not necessarily mean the above will happen in this TV series. But it’s a pretty good bet that Walker will be an antagonist early on who will probably be straightened out by the final episode.