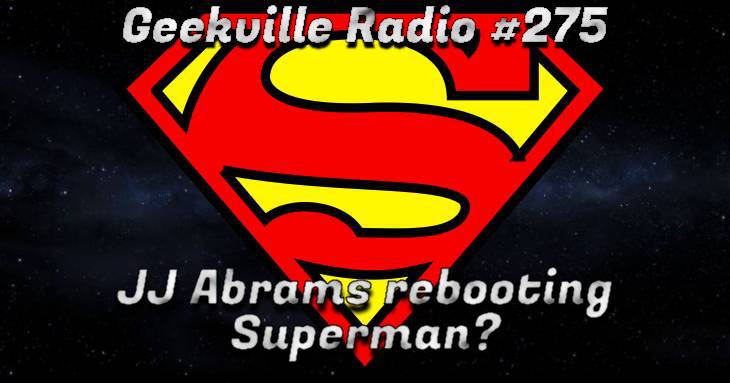 Seth and Train return to cover the breaking news of a JJ Abrams Superman film, the next two MCU Disney+ series, and the latest episode of WandaVision.

News broke last week that JJ Abrams will be producing a new Superman film with Ta-Nehisi Coates writing the screenplay. This looks to be the first big-screen outing for a black Superman. There is precedence for a black Superman in the comics. The Final Crisis storyline introduced Calvin Ellis from Earth-23, while The New 52 brought in Val-Zod to replace Earth-2’s Clark Kent.

Michael B. Jordan has expressed interest in playing Superman, but rumors point to Jon Boyega being eyed for the role. Boyega of course worked with Abrams on the Star Wars Sequel Trilogy.

The first episode of The Falcon and the Winter Soldier drops on March 19th, two weeks after the conclusion of WandaVision. Recent trailers have shown Baron Zemo in his full-blown purple mask glory.

Loki is the next MCU series and it is set for June 11th. As expected, this is the classic God Of Mischief Loki who always has a selfish motive in everything he does. It also looks like he may wind up playing the part of DB Cooper by jumping out of a commercial jet.

The penultimate episode of WandaVision aired this past week and had several revelations. Not only did we get Agatha Harkness’s backstory, but we saw how Wanda created The Hex in the first place. Not only that, we got a peek at Hardway’s true motives. Not to mention White Vision!