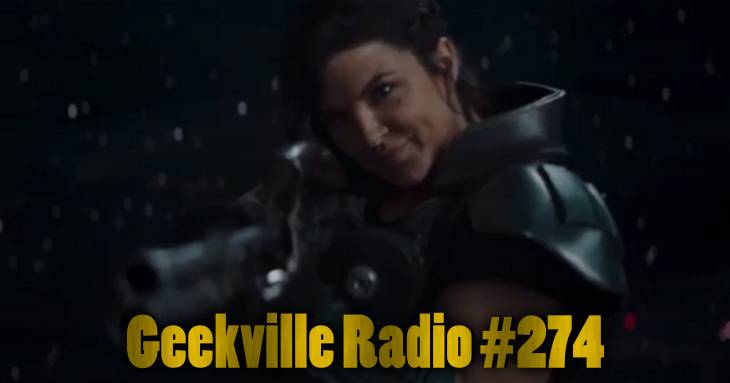 Gina Carano has been fired by LucasFilm after a series of controversial tweets. How should LucasFilm handle the character? Should Cara Dune be re-cast? Written off? Or simply be ignored from now on?

As Train points out, several shows, including MASH and Doctor Who, have replaced characters without losing momentum.

Pedro Pascal cast in Last Of Us

Pedro Pascal has been cast in the HBO adaption of The Last Of Us. Fans have speculated how this could impact The Mandalorian. HINT: It won’t.

William Daniels worked in two TV shows at the same time (St. Elsewhere and Knight Rider). Samuel L. Jackson still made a ton of movies while still being heavily involved in the MCU. And, of course, James Earl Jones still had a very prolific career while voicing Darth Vader.

George Clooney is reportedly working on a Buck Rogers revival. Will he be starring in the show, or simply serve as a producer? And if he is playing the lead, would he be a believable action hero at his age?

In this world of constant remakes and reboots, would a Buck Rogers remake work? As Seth likes to say, as long as it’s good, he’ll watch.

Unlike past movie remakes such as Psycho or Scarface, Buck Rogers doesn’t have a specific canon to adhere to

In some funny news, a Jezebel reporter wrote a piece on the recent Mortal Kombat trailer asking why Chun-Li was not in the film. Chun-Li is of course a Street Fighter character.

WandaVision looks to be entering its third act with Vision finding out what is going on. Wanda expanded the size of the hex, which gobbled up Darcy.

Then in Episode 7, we finally got the reveal that Agnes, aka Agatha Harkness, has been the villain the whole time. Or should we say… all along.