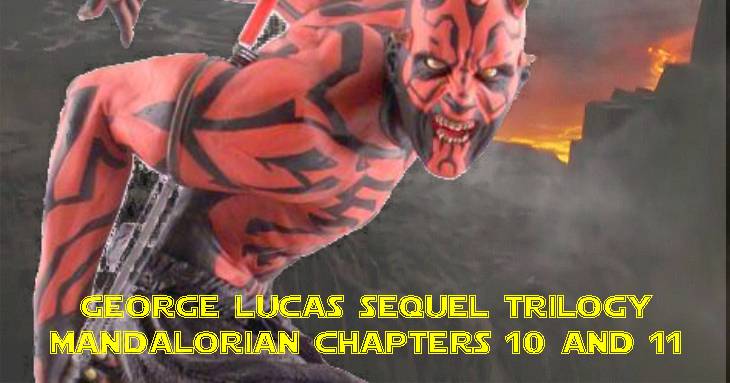 Seth and Crazy Train return for an all Star Wars-themed episode of Geekville Radio.

In the first half, they discuss what George Lucas himself revealed would have been his Sequel Trilogy. In the second half, they review the last two episodes of The Mandalorian.

Taschen’s recently published book The Star Wars Archives: 1999-2005 mainly covers the prequel films. However, there is some interesting information about what George Lucas would have done in his Sequel Trilogy.

A quote from Lucas himself gives a brief but interesting outline for his treatment. In short, Darth Talon, a fan-favorite from the comic books, would have been the Vader with Darth Maul as the main villain.

The second half of the show is devoted to the last two episodes of The Mandalorian. Naturally, this covers spiders, stormtroopers, Bo-Katan, and Baby Yoda’s immense appetite.