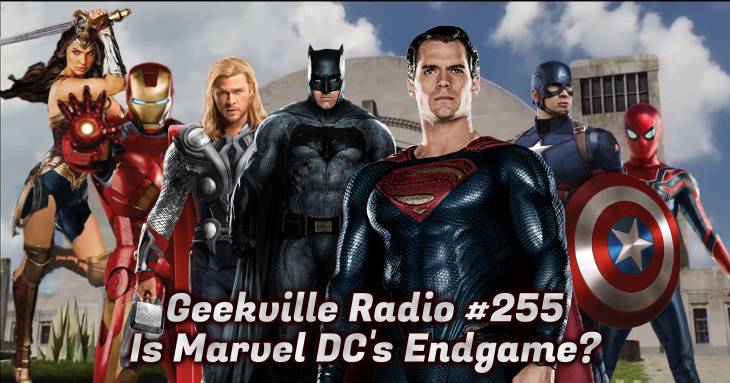 There was a time when Marvel was the king of reboots. Now there have been at least three DC reboots in the last decade or so. The newest reboot of DC has been called 5G. Perhaps coincidentally, 5G is also the name for the current wireless phone technology used by DC and WB’s parent company AT&T.

When DC wanted to increase sales in the past, many times they hired “dream Team” writers to craft a great story. A perfect example of this was Jeph Loeb and Jim Lee doing the Hush storyline in the early 2000s. Now, three reboots later, Dan Didio is no longer with DC. Whether he left or was fired depends on who you listen to.

Even in the recent “brightening up” of the DC Universe, Batman remains a darker character. Much like Marvel’s Punisher, Batman is destined to lose his family no matter what universe he is in.

It seems many fans look at the best years of Batman were from the mid-80s through the early 90s. While Dark Knight Returns is credited as re-popularizing batman in the 1980s. But there were ark elements of the character even in the 1970s with Denny O’Neal’s run

20:30 – Are Marvel and DC Teasing a Merging of Universe

It has been debated by fans for decades. There were even limited series crossovers. But now, it seems like DC and Marvel Comics may be headed for a long-term in-continuity meeting between their respective universes.

Over in DC, Doomsday Clock looked to be counting down to YET ANOTHER reboot of DC continuity. But there was a cryptic prophecy by Dr. Manhattan that mentioned Superman facing Thor, and a strong implication that Hulk would appear as well. Was it just a crafty red herring, since Thor is legitimately part of Norse Mythology?

Skeptical fans may have simply written that off as a clever, if not misleading, tease for a future story. But then Marvel tossed another cryptic bombshell in Thor #2

It could just be a coincidence, but there is a block of programming at C2E2 that remains unlisted.

It’s no secret that the actual paperback comic book industry has taken a back seat to the multimedia world of movies and TV. There are even rumors that AT&T, the parent owners of DC Comics, may even shut the comic publishing arm down, leaving the DC intellectual properties free to be licensed out for comic publishing purposes. It could even mean that Disney could fork over billions of dollars, as they did for LucasFilm and Marvel, so they can have ownership of BOTH major superhero properties.

45:40 – Correcting Ourselves on The MCU – The Tesseract

While we claim to have a high batting average when discussing comics, we at Geekville Radio are not above mistakes. We vocalized our concern over the plot hole we thought this post-credits scene made when it comes to The Tesseract and its placement in the films.

Train explains how the Tesseract may have been accounted for all along, minus the “eaten by the cat” part.

On top of that, how much did Bucky, aka Winter Soldier, know about Captain America’s mission in the closing scenes of Avengers: Endgame. Train lays out the theory that Cap told Bucky the whole story, and gives onscreen evidence to support that theory. Plus, there is evidence to support that Peggy would not have been too surprised at a time-travelling end to her love story where she still ended up with the love of her life.