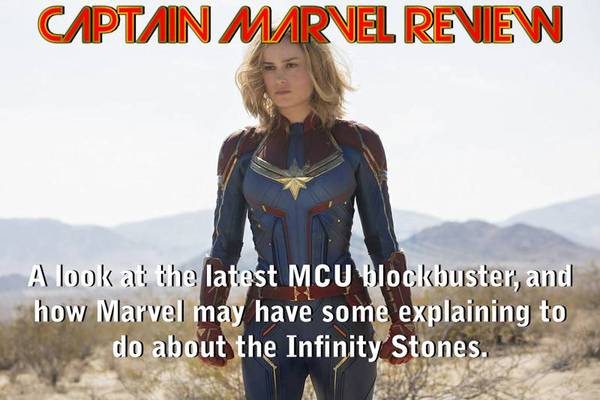 The last film on the MCU docket before Avengers: Endgame has finally come. Of course, it has not come without controversy.

Captain Marvel opened nationwide this past weekend to the tune of $153 million dollars nationwide, and $450 million internationally. This amidst the attention comments made by star Brie Larsen have gotten to certain fans. You can listen to our previous episode for a rundown on that story.

As for reviews, it is currently sitting at 79% on Rotten Tomatoes, with a 63% audience approval. So it may not be the highest ranking entry in the MCU family, but it has been overall well-received.

So does Captain Marvel live up to expectations and continue the near flawless record of MCU films? Short answer, yes. Captain Marvel may not be the most must-see adventure in the MCU family, but it is an entertaining, if not a little predictable, superhero origin story.

But the biggest news may be how the movie retconned the history of the previous films. More specifically, the acquisition of The Infinity Stones that Thanos eventually got possession of.

Seth “Zandrax” Zillmann and “Crazy Train” Jonathan Bolick give a more through (that means SPOILERS) review of the film.

Oh, and according to the person who designed it, Carol’s Nine Inch Nails shirt is a bootleg…