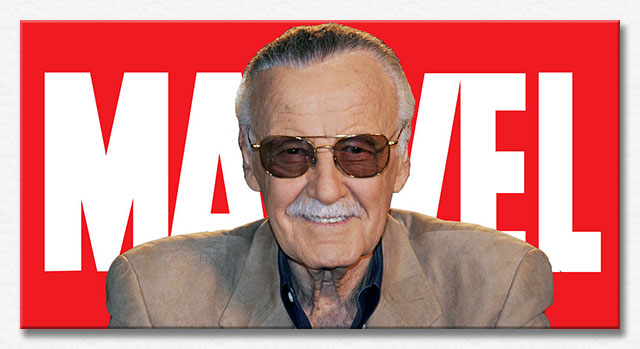 This is a day that will weigh heavily on the hearts of many comic book and superhero fans. Stan Lee, a creative pioneer who developed countless characters and stories for Marvel Comics, passed away today at the age of 95.

Born Stanley Lieber in New York City, Lee began his lifelong association with the comic book industry as a teenager when he started working at Timely Comics in 1939. There he quickly found himself as an editor, where he would soon become a creative force for decades to come. This also got Lee acquainted with other future creative legends, such as Captain America creators Joe Simon and Jack Kirby. In fact, many of the characters who debuted under the Timely banner would go on to prominence years later as Marvel Comics properties.

After a stint in the Army during World War II, Lee returned to comic books and writing for Timely. By the 1950s, Timely had been rebranded into Atlas Comics. During this time, Stan continued to work as a writer and editor. As a whole, Atlas did not publish superhero stories. The focus was put on grittier, more human oriented stories such as Westerns or straight science fiction stories.

It wasn’t until rival publisher DC Comics re-introduced the genre in the late 1950s that superheroes found a renewed audience. Soon after, Lee and Kirby were creating new characters like Spider-Man and the Fantastic Four from scratch, presenting them alongside updated versions of Timely characters such as Captain America. By this time, Atlas had again rebranded into the company that would become a household name for generations: Marvel Comics.

Characters created during the 1960s by Lee, Kirby, Steve Ditko, John Romita, and others would soon become fixtures in the superhero market. Names like The Incredible Hulk, Iron Man, The X-Men, Thor, and more captured the minds of readers nationwide. On top of all this, Lee went the extra mile in creativity, and used the concept of a “shared universe”. If something monumental happened in an issue of The Fantastic Four, it might have ramifications on Iron Man in his title.

Lee also preferred using the archetype of the “flawed hero”. Spider-Man had superhuman strength and agility, but had trouble paying his rent on time. Tony Stark was a brilliant inventor, but was an alcoholic. Ben Grimm gained enormous strength as The Thing, but his rocky skin made life difficult, and romance nearly impossible. These types of characteristics were the staples of a Stan Lee superhero. Not only that, Stan would regularly utilize issues such as civil rights or drug use as elements in his storytelling. This lead to occasional clashes with the Comics Code of the time.

Lee served as Editor In Chief for Marvel Comics until 1972, when he moved on to the role of Publisher. There he remained for decades, and became somewhat the face of the company. Terms like “Excelsior!”, “True Believers”, and “‘Nuff Said!” were commonplace when recapping adventures. And of course, Stan would spend much of his available time appearing at comic conventions where he met thousands of fans across the country.

Perhaps his most widely recognized contributions to modern fans were his trademark onscreen cameos in Marvel properties. In nearly every movie or TV show involving a Marvel property, Stan Lee had a cameo in some capacity. This began in 1989 with the TV Movie “Trial Of The Incredible Hulk”, where Stan appeared as a member of a jury. These cameos would continue throughout the Marvel Cinematic Universe by Paramount and Disney, as well as the titles licensed to Fox and Sony such as Spider-Man and X-Men.

It may sound cliched to say it, but there will never be another Stan Lee. Multitudes of readers and writers had their world affected in some way by Stan Lee since the 1930s. We here at Geekville Radio extend our deepest condolences, thoughts, and prayers to the family and friends of Stan Lee.